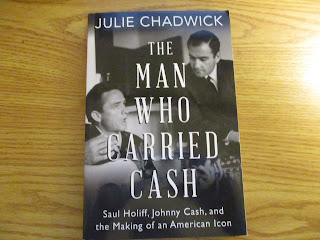 The Man Who Carried Cash By Julie Chadwick from Dundurn Publishing. The unlikely, rocky relationship between an American country superstar and his straightlaced Canadian manager.Before there were Johnny and June, there was Johnny and Saul. The Man Who Carried Cash chronicles a relationship that was both volatile and affectionate between Johnny Cash and his manager, Saul Holiff. From roadside taverns to the roaring crowds at Madison Square Garden, from wrecked cars and jail cells all the way to the White House, the story of Johnny and Saul is a portrait of two men from different worlds who were more alike than either cared to admit.Saul handled the bookings and the no-shows, the divorce and the record deals, drugs, overdoses, and arrests.

He was there for the absolute worst of times, but also for the best: Carnegie Hall, Folsom Prison, “A Boy Named Sue,” and Cash’s hit television series. But in 1973, at the zenith of Cash’s career, Saul quit. Until now, no one knew why.
My Opinion: Johnny Cash was a great singer and to read this story about him and Saul Holiff was very interesting and I learned things I did not know. Such a great book as it tells parts of Johnny’s life that you may have never known.
To see more visit https://www.dundurn.com/books/Man-Who-Carried-Cash
Instagram: https://www.instagram.com/dundurnpress
Facebook: https://www.facebook.com/dundurnpress
Twitter: https://twitter.com/dundurnpress 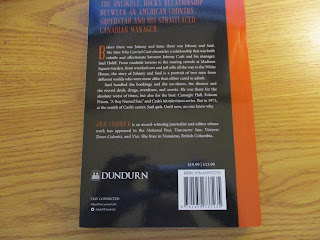 Disclaimer: I received one or more of the products or services mentioned above for free in the hope that I would mention it on my blog. Regardless, I only recommend products or services I use personally and believe will be good for my readers. I am disclosing this in accordance with the Federal Trade Commission's 16 CFR, Part 255: "Guides Concerning the Use of Endorsements and Testimonials in Advertising.
at December 02, 2017

Email ThisBlogThis!Share to TwitterShare to FacebookShare to Pinterest
Labels: The Man Who Carried Cash By Julie Chadwick Holiday Gift Guide 2017

The Flip Side of History By Steve Silverman

The Flip Side of History By Steve Silverman from Mango Publishing. Weird Happenings In History. What if your daily new suddenly only featu... 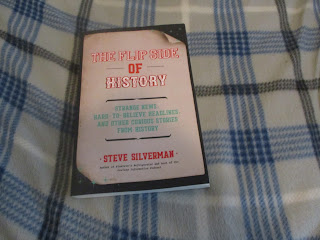