In 4K for the First Time, The Animated Classic “Aladdin” Joins the Walt Disney Signature Collection on Digital, 4K Ultra HD and Movies Anywhere Aug. 27 and on 4K Ultra HD, and Blu-ray Sept. 10, 2019. Disney’s tale of the lovable street rat Aladdin, determined Princess Jasmine and the hilarious Genie has remained a family favorite for over a quarter of a century.
BONUS FEATURES ON BLU-RAY & DIGITAL: 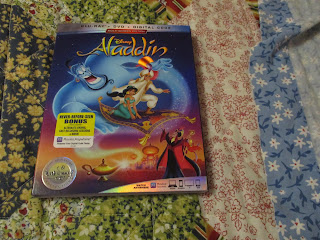 ·    Sing Along With The Movie – Sing along to your favorite tunes as you watch the film. With magical on-screen lyrics.
·    Aladdin on Aladdin – Join the speaking voice of Aladdin, Scott Weinger (“Fuller House”), as he reflects on almost 30 years of being Aladdin.
·    “Let’s Not Be Too Hasty”: The Voices of “Aladdin” – Take your seat in the recording booth and watch as the voice actors of “Aladdin” work their microphone magic.
·    Alternate Endings – Enter the realm of “what if” and see just how differently the movie could have ended.
DIGITAL EXCLUSIVE
·    Drawing Genie – Join prolific animator Eric Goldberg as he draws and reminices about the Genie.
CLASSIC BONUS – Revisit over 40 exciting bonus features from previous releases including:
·    The Genie Outtakes
·    “Aladdin”: Creating Broadway Magic
·    Unboxing “Aladdin”
My Opinion: I love the animated version of Aladdin and I never get tired of watching it as it has a great story line and cast along with a love story.
See more at https://movies.disney.com/Aladdin
Facebook
Instagram
Twitter 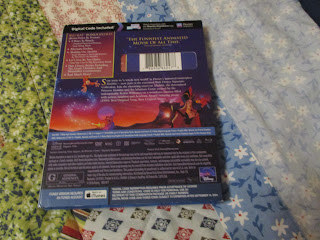 Baby Boss: Back in the Crib on Netflix May 19 Coloring Pages & Smoothie Recipe

The boss is back, baby! DreamWorks Animation’s  Boss Baby: Back in the Crib , is coming to Netflix on May 19. Suit up for the brand new sh... 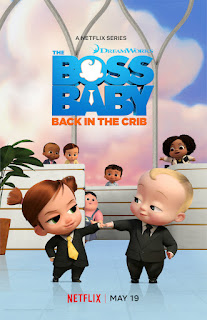