It Hits The Fan! 4 Apocalyptic Disaster Movies from Mill Creek Entertainment has an MSRP of $19.98.
Tornado Warning – 2012 – 90 min – Not Rated
Starring: Jeff Fahey (TV's Lost), Kari Wuhrer (Anaconda), Stacey Asaro (Hot Tub Time Machine 2), Willard Pugh (RoboCop 2). An unusual green-tinted tornado barrels through a farm town, leaving 15-year-old Jack Lynch homeless and fatherless. Thirty years later, the same tornado returns, only this time in numbers! Now a certified weather fanatic, Jack enlists the help of local meteorologists Gale Morgan and together they discover that the tornadoes are really a cover for an alien invasion! Jack and Gale must then dodge shadowy government forces to alert the public to stop the invasion. 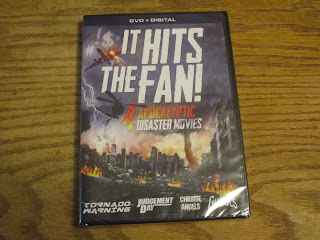 Judgement Day – 2010 – 95 min – Not Rated
Starring: Gigi Edgley (TV's Farscape), Rhett Giles (Frankenstein Reborn), Stephanie Jacobsen (Alex Cross), Randy Mulkey (The Lincoln Lawyer). A rogue space anomaly is discovered approach in the earth, and it is up to the world’s top scientists to stop it from destroying the planet. As cities across the world is destroyed, the leader in a small town in Louisiana struggles to maintain order and by chaos ensuing this global catastrophe. When may have been and his wife and town sheriff Lynne discovers the key to saving the world may be within their own embattled family, they desperately attempt to unite the team of scientists with the unlikeliest of heroes: their ingenious, autistic son, Terry.

Chrome Angels – 2009 – 93 min – Not Rated
Starring: Stacey Dash (Clueless), Paul Le Mat (American Graffiti), Eliza Swenson (TV's The Witches of Oz), Frida Farrell (Apartment 407). A female biker gang led by gorgeous badass, Lady, is on its way to Mexico after a recent string of robberies when they find themselves a small Southern town filled with strange people. They discover that these ‘people’ are actually androids, control by a deranged villain, Elliot, plotting to secretly implement these bomb-laden cyborgs into society. When some of the “Chrome Angels” are kidnapped by Elliot’s robots, these beauties shift their focus from fleeing the country to saving their friends.

My Opinion: this is for great films that are in the Sci-Fi genre in a really enjoyed them more than I thought I would as they not only were surreal but also entertaining.
See more visit https://www.millcreekent.com
Facebook: https://www.facebook.com/MillCreekEnt
Twitter: https://twitter.com/millcreekent 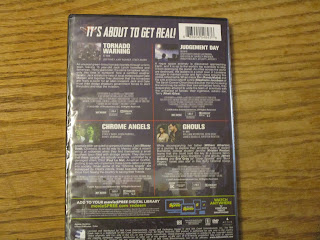