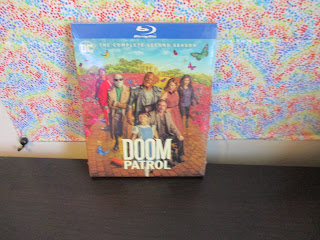 DC's strangest group of Super Heroes are back again to save the world – that is if they can find a way to grow up…both figuratively and literally. Following the defeat of Mr. Nobody, the DOOM PATROL now find themselves mini-sized and stranded on Cliff's toy race car track. Here they begin to deal with their feelings of betrayal with Niles Caulder aka The Chief, while confronting their own personal baggage. As each Super Hero faces the challenge of moving beyond trauma and failure, they must come together to protect the newest family member, Niles’ daughter, whose powers remain a mysterious but real threat to bringing on the end of the world.

My Opinion: If you like DC Comics then this series is perfect for you as it is funny, wacky, and strange in a good way with the same sorts of an entertaining balance of dark and light that fans have come to love and expect and somehow improves on it. While the first few episodes do move more slowly, there's no shortage of potential and promise that if you just get on the bus and go along for the ride, the destination will be worth it. With realistic and eloquent explorations of trauma, comics-accurate and insane villains, as well as just the right amount of mystery, the show embraces its mess and continues to be one of the best things in the television format. 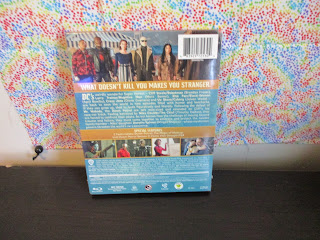