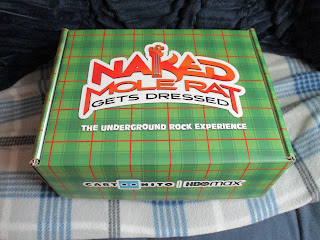 The one-hour CGI-animated rock opera will feature the voice talents of Jordan Fisher as Wilbur, the sensitive, curious, and brave mole rat; Yvette Nicole Brown as Grande, a member of Mole Rat society’s popular crowd and front mole of the Tunnel’s Rock Band; Kate Micucci as Tall, a rule-follower with a heart of gold; Kevin Michael Richardson as Venti, a big lug that needs just two things in life: rocking out with his bandmates and being stark raving naked!; and Carol Kane as Grand-Mah, the larger-than-life matriarch of the Mole Rat society. 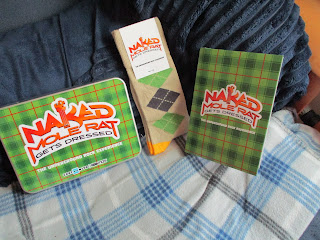 Additional voice cast includes Ron Funches as Les Pants the Weather Mole, Thomas Lennon as Stark Naked the News Mole, and Jenna Ushkowitz as the Secret Service Mole. The special will rock n’ roll its way onto Cartoonito on HBO Max next year.

My Opinion: I thought this was a cute movie and who knew that mole rats could be cute and this being a rock opera was very interesting and the cute dress up box I got was a nice touch along with the musical card, how to dress your mole rat booklet was a nice touch, this is perfect on the go entertainment for kids as it is magnetic to the box. 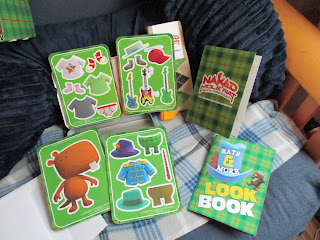