Coming to DVD on April 24, 2018, from PBS is Animals with Cameras with an MSRP of $24.99. At a front row seat for an extraordinary experience, wildlife cameramen Gordon Buchanan (Snowbound: Animals of Winter) and a team of pioneering animal behaviorist joined forces to explore stories of animal lives ”told” by the animals themselves. This DVD showcases a side of the animal kingdom where human cameramen can’t go when animals become the cinematographers. Using the specially designed cameras, sprint across the savanna with a cheetah, plunge into the ocean with a seal and swing through the trees with his chimpanzee. We will be privy to their secret lives like never before and uncover some truly unprecedented behavior through their eyes. The series visits eight countries and features three different species per episode. 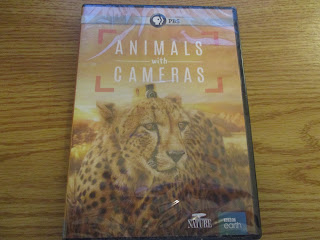 Episode 1: the astonishing caller camera footage reveals newborn Kalahari meerkats below ground for the first time, unveils the hunting skills of Magellanic penguins in Argentina, and fall the treetop progress of an orphaned chimp in Cameroon. Episode 2:  the cameras capture young cheetahs learned to hunt in Nimibia, reveal how first seals on an Australian island eBay the great white sharks offshore, and help solve a conflict between South African farmers and chacma baboons. Episode 3: dive deep with Chilean devil rays in the Azores, track brown bears diet in Turkey, and followed dogs protecting flocks of sheep from gray wolves in Southern France.
My Opinion: I really learned a lot from this DVD and it’s great to see the cameras through the eyes of animals and all the different places that they go to it’s very interesting to watch.
To see more visit https://shop.pbs.org
Facebook: https://www.facebook.com/pbs
Twitter: https://twitter.com/pbs 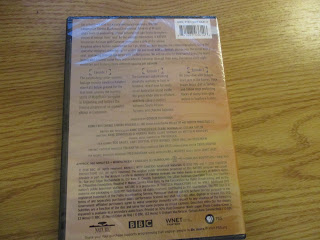 Nickelodeon The Loud House Create Your Own Comics