On June 2, 2015 ARC Entertainment will be releasing Private Number on DVD with a SRP of $20.99. This movie was written and directed by LazRael Lison and stars Tom Sizemore (Blackhawk Down), Judd Nelson (The Breakfast Club), Nicole Tom (The Nanny) and Hal Ozsan (Dawson’s Creek).
Private Number is about a series of sinister phone calls haunt an ex-alcoholic writer as he struggles to finish a novel. Efforts to trace the calls result in dead ends, leaving the author no choice but to solve the mystery himself. As he pieces together scant information he discovers the local police are hiding details about a horrific serial killer. In his obsessive search for answers he loses his grip on reality and spirals downward into a maelstrom of violence and terror. 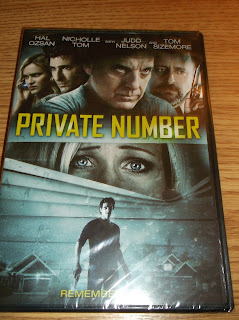 My Opinion: This is a great film which has tons of twists and turns leaving me wanting more and wondering who did and the ending was a complete surprise to me and left me wondering and with more questions than answers.
This film runs 97 minutes and rated R.
To learn more visit http://www.privatenumbermovie.com/
Facebook: https://www.facebook.com/privatenumbermovie
Twitter: https://twitter.com/SummerHouse_Pix 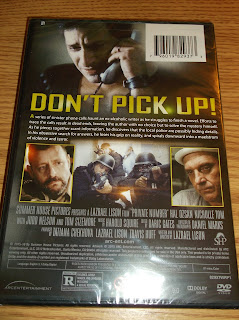 Disclaimer: I was in no way compensated for this review and this is only my own opinion which may differ from yours.
at June 02, 2015