Masters of Sex The Complete Series

Out now on DVD and Blu-Ray from Mill Creek Entertainment is Masters of Sex The Complete Series with an MSRP of $69.98. William Masters and Virginia Johnson are known as pioneers of the science of human sexuality. Their research shoots them to fame on a trajectory that takes them from humble beginnings in the Midwest to the cover of Time magazine. Masters is a brilliant scientist who is out of touch with his own feelings. Johnson is a divorced mother who is ahead of her time on many fronts, including her determination to have a meaningful career. The pair's relationship isn't just professional, as it evolves into a three-way "marriage" with Masters' wife, Libby. "Masters of Sex" is based on Thomas Maier's book of the same name, which profiled the pair. Popular guest stars include Annaleigh Ashford, Teddy Sears, Camryn Manheim, Rich Sommer, Barry Watson, Tate Donovan, Barry Bostwick, Peri Gilpin, Greg Grunberg, Josh Charles, Sterling K. Brown, Judy Greer, Mae Whitman, Sara Silverman and more!
Special Features:
NEW Commentary on the Pilot with actors Michael Sheen, Lizzy Caplan, Caitlin FitzGerald, Teddy Sears, writer Michelle Ashford, & executive producer Sarah Timberman. 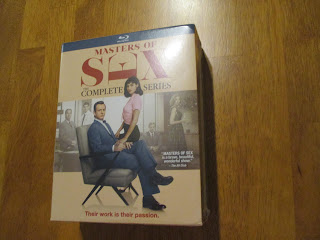 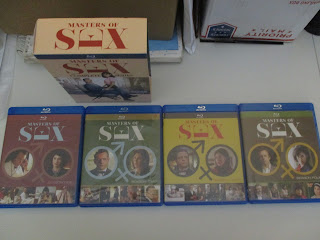 Outliers – October 9, 2016
Family Only – October 16, 2016
In to Me You See – October 23, 2016
Topeka – October 30, 2016
Night and Day – November 6, 2016
The Eyes of God – November 13, 2016
My Opinion: This is the first time I have seen this series and it is very interesting and before it’s time but I love how they studied sex and how the body reacts along the way. I truly enjoyed watching it and blushed a few times although I should not have.
To see more visit https://www.millcreekent.com/masters-of-sex-the-complete-series-blu-ray.html
Facebook: http://www.facebook.com/MillCreekEnt
Twitter: https://twitter.com/millcreekent 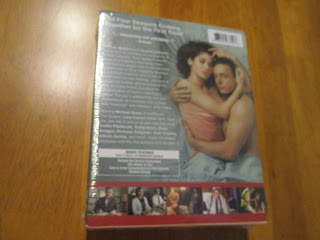 Disclaimer: I received one or more of the products or services mentioned above for free in the hope that I would mention it on my blog. Regardless, I only recommend products or services I use personally and believe will be good for my readers. I am disclosing this in accordance with the Federal Trade Commission's 16 CFR, Part 255: "Guides Concerning the Use of Endorsements and Testimonials in Advertising.
at September 21, 2018

Email ThisBlogThis!Share to TwitterShare to FacebookShare to Pinterest
Labels: Masters of Sex The Complete Series

Nickelodeon The Loud House Create Your Own Comics