The Bad Guys is directed by Pierre Perifel (Kung Fu Panda films) and produced by Damon Ross (Trolls) and Rebecca Huntley (The Boss Baby) from a screenplay by Etan Cohen (Madagascar: Escape 2 Africa).

Never have there been five friends as infamous as THE BAD GUYS- Mr. Wolf, Mr. Snake, Mr. Piranha, Mr. Shark, and Ms. Tarantula. After years of countless heists and being the world’s most-wanted villains, the gang is finally caught. Mr. Wolf brokers a deal to keep them out of prison and the Bad Guys set out to fool the world into believing they’ve gone good. Packed with huge laughs and edgy action, being bad has never been so fun in this action-comedy from DreamWorks Animation. 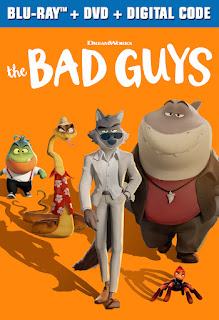 ·    ALL-NEW ORIGINAL SHORT “MARASCHINO RUBY” - In this original DreamWorks animated short, The Bad Guys are at it again, but not in the way you think. They’ve gone good! Find out what happens to the team after they go rogue in this sweet original short.

·    DEVISE THE PLAN: MAKING THE BAD GUYS – From book to storyboard to the silver screen, join the cast and filmmakers as they devise how to bring The Bad Guys to life.

·    IT'S SHOWTIME: CAST TABEL READ – Teamwork is the ultimate ingredient in pulling off a job without a hitch. now that they’ve agreed on the plan, it’s time to bring the cast of The Bad Guys together for their first table read.

·    SNAKE'S FROZEN POP SHOP – Want to learn how to make your own version of Mr. Snake’s favorite frozen pops? With these easy recipes, you’ll be on your way to chill-ville in no time. Want to go the extra mile? Create your own frozen pop disguises.

·    FROM THE DRAWING ROOM – Learn step by step from The Bad Guys head of story, Nelson Yokota, how you can create your very own storyboard and draw the film’s main characters

o    How To Storyboard

My Opinion: This is a cute movie cartoon with lots of action, adventure, and villains up to no good but entertaining and humorous. 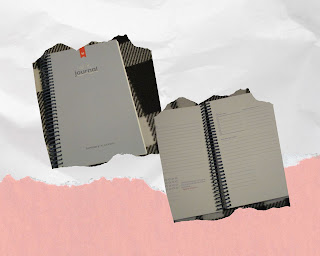