Many thanks to Universal Pictures Home Entertainment for providing this prize for the giveaway.  Choice of winners and opinions are 100% my own and NOT influenced by monetary compensation.  I did receive a sample of the product in exchange for this review and post. Only one entrant per mailing address, per giveaway.  If you have won a prize from our sponsor Momentum Influencers in the last 30 days, from the same blog, you are not eligible to win.  If you have won the same prize on another blog, you are not eligible to win it again.  The winner is subject to eligibility verification. 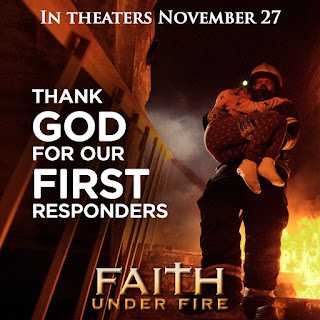 Faith Under Fire stars Nick Vlassoppulos, Dean Cain, and Kevin Sorbo written and directed by Joel Paul Reisig. After an exhausting night of saving a little girl from a raging house fire, Fireman Tom Hatcher is at the end of his rope. He couldn't save his wife from cancer and worse yet his six-year-old daughter, Tiffany, is now facing the same possible fate. When he finds himself in a cold jail cell after punching a pastor out of frustration with a seemingly absent God, Tom begins to reflect on his downward spiral into despair. But with the help and persistent friendship of the very man he attacked, Tom is challenged to face his grief and embrace faith in the darkest hour of his life.

My Opinion: This is such a heartbreaking film which had been feeling so many emotions from crying and having hope in God which is what we need now with all the coronavirus, the uncertainty of some peoples jobs and it what hits so close to home.

It has Dove Approval for ages 12 and up.

Here is a quote I want to share: “With so many people facing unthinkable challenges, we need more stories of hope on the big screen,” Sorbo told The Christian Post. “‘Faith Under Fire’ shows that, even in tragedy, God is with us. That’s a powerful message we all need, now more than ever.”

To purchase go to Walmart, Amazon, and Target 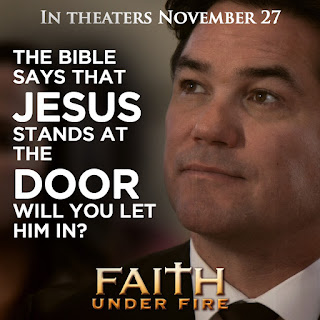 To Win A Prince By Toni Shiloh

To Win A Prince By Toni Shiloh from Bethany House Publishing is out now.  Can she stop herself from falling before she's too far gone?... 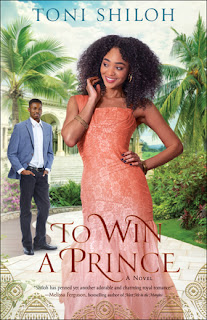