What Can You Do To Improve Your Mood This Month


As much as you may like to start off a brand new year in the best way ever, that doesn’t always happen. You probably have the best intentions of kickstarting your year, but when reality sets in, that’s so much harder to achieve. Because the January Blues are real. This month can be super cold, dark, and just all-around depressing. And guess what? Your mood can often match that too! And when you really wanted to start off your year in a productive way, that can start to bring you down. So, it’s time to kick the January Blues to the curb and look to boost your mood instead. Here are five things that can help you to do that.


Spruce Up The Home
First of all, you’re going to want to turn to your home. Because it’s safe to say that you’re sitting in a lot of the time. But don’t feel bad because, not everyone loves to go out and do exciting things in January. It’s always the month that we tend to hibernate that little bit more. But, it can also mean that you start to get sick of your home. So, to combat that, you’re going to want to spruce it up a little. Even if you’re just adding in a few new home accessories, painting an accent wall, or even moving around the furniture, you may find that it completely lifts your mood and makes you exciting to stay home.

Treat Yourself
If you’re staying in an awful lot this month, you may have been able to save yourself a bit of money. And because it’s money that you wouldn’t normally have, why not treat yourself to something new? Because we all know that helps us to feel better. But don’t go wild. Be sure to stick to something January's Tips so that you don’t go overboard. It doesn’t matter what you get - just go for something small that instantly lifts you up.

https://www.pexels.com/photo/woman-sitting-on-chair-using-black-ipad-196649/
Take A Long Bath
Something that’s super affordable but incredibly indulgent is the
idea of having a bath. And this is something that can really make you feel much better. With candles and great bath products, having an hour to yourself to soak in the bath can be exactly what you need. And the best part is that it’s really relaxing too, so you’ll definitely have a good night’s sleep after.

Start A New Book
From here, you’re also going to want to keep on the theme of
relaxation. When you’re bored of TV, and you find yourself scrolling pointlessly through your phone, why not start a new book instead? There are a ton of great reads to consider for January too, meaning that you could find something that you look forward to reading each night.

Try Something New
And finally, you may also want to shake your January Blues off by
starting something new. By learning a new language, trying out a new hobby, or starting a new workout, you should find that you can get rid of the funk you’ve been in ready to start February off afresh. 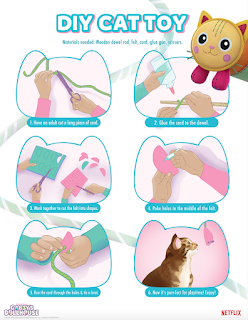