Gotham: The Complete Series is now out on Blu-Ray and includes all five seasons for fans to own on Blu-ray and DVD for $112.99 / $99.99 SRP.  From character origins to the final episodes of the hit DC/WBTV series that lay the foundation for the city’s iconic future, the release is the perfect gift for veteran fans and newcomers alike. The series features an all-star cast lead by Ben McKenzie (The O.C.), Donal Logue (Vikings), David Mazouz (Touch), Sean Pertwee (Elementary), Robin Lord Taylor (The Walking Dead), Erin Richards (The Quiet Ones), Camren Bicondova (Gotham Stories), Cory Michael Smith (Carol) and Chris Chalk (12 Years a Slave). 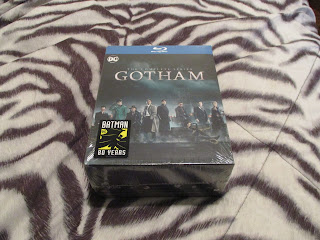 Shane West (A Walk to Remember) is also introduced as the iconic DC Super-Villain, Bane for the final season. Developed by Bruno Heller, the series is executive produced by Heller, Danny Cannon and John Stephens. Based on the DC characters, Gotham is produced by Warner Bros. Television. 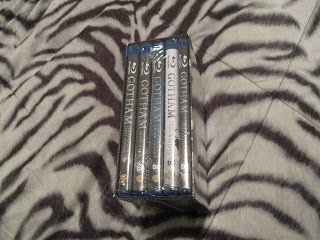 My Opinion: This is the ultimate collection for anyone who likes superheroes as this shows the history of how Catwoman, Penguin, and Riddler became who they were. I loved watching this as I know a little about Gotham City but no expert so this was interesting with the retro clothing and gloomy atmosphere.
See more at https://www.amazon.com/Gotham-Complete-Blu-ray-Various/dp/B07MX29XNN
Instagram
Facebook 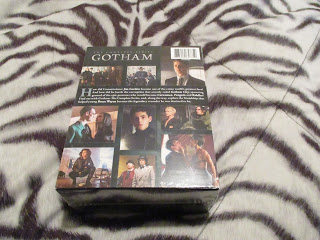