Cold War Thrillers is a 6 film Collection from Mill Creek Entertainment with an MSRP $14.98.
Man On A String (1960) - Not Rated
Starring Ernest Borgnine, Kerwin Mathews, Alexander Scourby; Directed by Andre De Toth (House of Wax)
Renowned director Andre De Toth actually got permission to go into East Berlin and Moscow to film much of this pulse-pounding Cold War thriller, based on actual events. Academy Award-winner Ernest Borgnine gives one of his finest performances as a Russian-born movie producer whose background makes him an ideal counterspy for the "CBI."

He agrees to the deception, and, aided by agent Avery, he pretends to defect but how long can he keep up the charade? The crackerjack cast also includes Colleen Dewhurst, Alexander Scourby, Glenn Corbett and in bit parts, Ted Knight, and Seymour Cassel. 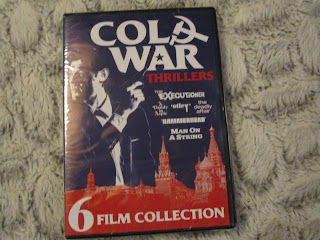 The Deadly Affair (1966) - Not Rated
Starring James Mason, Maximillian Schell, Simone Signoret; Directed by Sidney Lumet (Dog Day Afternoon) with a score by Quincy Jones
Director Sidney Lumet tackles this cold war spy thriller based on a novel by a master of the genre, John Le Carré.
James Mason plays British secret agent Charles Dobbs, who are puzzled by the sudden suicide of a man he's recently investigated. The suicide seems contrary to his own findings and Dobbs questions the recent widow in an effort to understand the man's state of mind. When the Foreign Office tells Dobbs to drop the inquiry, he persists, even enlisting a retired investigator when he turns up further disturbing evidence. All of this takes place while Dobbs is dealing with the news that his frequently unfaithful wife has been carrying on an affair with his friend and protégé.

Otley (1968) - Rated PG
Starring Tom Courtenay, Romy Schneider; Directed by Dick Clement
Born loser Gerald Otley is a freeloader living off the nearly exhausted kindness of friends and former lovers. One night, Otley is drunk and when his host is murdered. The next morning, before the police arrive, he is kidnapped by a beautiful woman he met the night before and her partner, who attempt to extract information from him but eventually determine he's clueless. Realizing he's in the midst of an espionage conspiracy and also wanted for murder, Otley stumbles from one near-crisis to another, incapable of distinguishing friend from foe, and unable to extricate himself. Set in swinging London, the story is propelled by Courtenay's charm and a sense of humor informed by the best of British spy films; co-written and directed by Dick Clement.

A Dandy in Aspic (1968) - Rated R
Starring Mia Farrow, Laurence Harvey, Tom Courtenay; Directed by Anthony Mann (El Cid) and with a score by Quincy Jones
This stylish '60s espionage thriller bounds between London and Berlin, following cool and inscrutable Alexander Eberlin a British agent tasked by MI-6 with finding the double-agent in their midst. Unknown to British Intelligence, Eberlin is the Soviet Agent Krasnevin, and when his Soviet contact is eliminated, Eberlin is running for his life, while still to play the game. Eberlin is tracked closely by his partner Gatiss an agent-assassin who despises him and is suspicious at every turn. Complicating matters is the flighty but sincere Caroline who enters Eberlin's life and truly wants to be a part of it - perhaps the only real thing in it. But, Eberlin's created a web so tightly wound about him that he no longer can be sure who to trust, or even of his true identity. A fascinating, engaging thriller and the final film credit for director Anthony Mann.

Hammerhead - (1968) - Rated R
Starring Peter Vaughan, Vince Edwards, Diana Dors; Directed by David Miller (Lonely Are the Brave)
Hammerhead is an international criminal. Hood, the American spy sent to intercept him before he can acquire nuclear secrets. This 1960s' espionage thriller features girls aplenty, international locations and plenty of style. Featuring Peter Vaughan as Hammerhead and Vince Edwards as Hood with Diana Dors Judy Geeson and Beverly Adams. Exceptional chase scenes and a fantastic score make this one worth nabbing.

The Executioner (1970) - Rated PG
Starring George Peppard, Joan Collins, Oscar Homolka, Judy Geeson;  Directed by  Sam Wanamaker. When a covert operation in Vienna goes awry, British Intelligence operative John Shay suspects his colleague, Adam Booth, maybe a double agent. Despite help from his girlfriend, Polly a clerk at MI6, Shay fails to convince his superiors of his theory. Undeterred, Shay learns from scientist Philip Crawford that Booth has been trying to steal top-secret documents. Appointing himself executioner, Shay kills Booth and then assumes his identity to obtain conclusive evidence that Booth was a traitor, only to discover the dead man's wife (Joan Collins) is now Crawford's mistress and Soviet Intelligence has set him up. 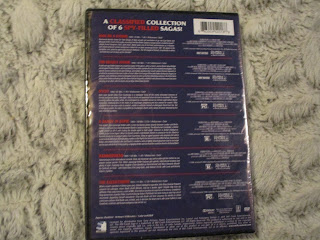 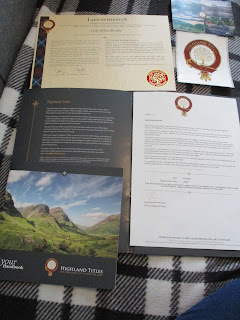