The Clinic by David Jester

Out now from Skyhorse Publishing is The Clinic by David Jester. They each had their own demons to face, and none of them had much to live for. Malcolm was alone in the world, Darren might as well have been, and Eddie well, and he wished he was. The crime wasn’t a way out for them; it was just a way to survive. But the clinic was a job too far, a risk that didn’t justify the reward. The isolated rehab clinic should have been an easy target. But this simple job that would turn into a nightmare that none of the young men could ever be foreseen, unleashing an evil that was sown way before their time the clinic is a twisted, macabre, and chilling tale told from the perspective of three delinquents, young men who never had a chance and are forced to make their own ways in life. 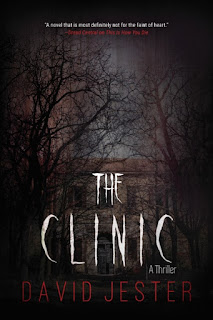 They set their sights on an out-of-town rehab clinic, hoping to pilfer the prize possessions of rich alcoholics and addicts. But the clinic is not what they thought it was. There plan inevitably goes awry and their night of petty crime turns into a fight for survival. Can the boys make it out alive, and well their lifelong friendships remain intact once the truth is revealed?
My Opinion: this book really kept me on the edge of my seat as it is a suspenseful thriller and I really enjoyed this as it’s been a long time since I read a good book and I hope someday to turn this into a movie.
To see more visit http://skyhorsepublishing.com/titles/12805-9781510704374-clinic
Facebook: https://www.facebook.com/SkyhorsePublishing
Instagram: https://www.instagram.com/skyhorsepub
Twitter: https://twitter.com/skyhorsepub


Disclaimer: I received one or more of the products or services mentioned above for free in the hope that I would mention it on my blog. Regardless, I only recommend products or services I use personally and believe will be good for my readers. I am disclosing this in accordance with the Federal Trade Commission's 16 CFR, Part 255: "Guides Concerning the Use of Endorsements and Testimonials in Advertising.
at March 08, 2018

Email ThisBlogThis!Share to TwitterShare to FacebookShare to Pinterest
Labels: Book Review, The Clinic by David Jester

What Do You Meme?

What Do You Meme? An adult party game for meme-lovers taking the internet by storm. Find out who will be crowned Meme Queen/King by compet... 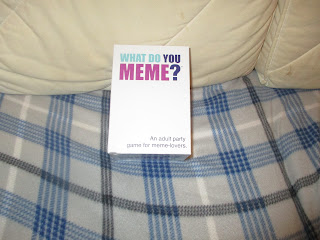