Ultra Q The Complete Series Blu-Ray from Mill Creek Entertainment has an MSRP of $49.98. The classic series that launched the Ultraman franchise!
After co-creating the iconic movie monsters Godzilla, Rodan and Mothra for Toho Studios, special effects director Eiji Tsuburaya launched his own company, Tsuburaya Productions. The first production under his new label was ULTRA Q, a 28-episode series that brought the theatrical spectacle Tsuburaya had become known for to television. 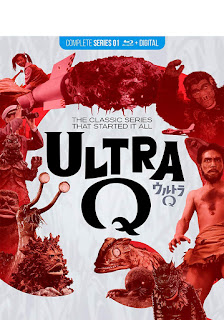 The black & white sci-fi drama focused on Mainichi Shimpo photojournalist Yuriko Edogawa (Hiroko Sakurai, Ultraman), Hoshikawa Airlines pilot/SF writer Jun Manjome (Kenji Sahara) and his co-pilot Ippei Togawa (Yasuhiko Saijo), who partnered to investigate mysterious events occurring in and around Japan. These phenomena often involved aliens and giant monsters, many of whom would return in future Ultraman shows and movies.
One of the most expensive TV programs produced in Japan up to that time, ULTRA Q was a rating smash that paved the way for Tsuburaya Productions' first color series... ULTRAMAN!
My Opinion: It was interesting but a lot of subtitles which I felt were a bit distracting. If you enjoy creatures and aliens you will enjoy this- it does remind me of the Godzilla movies with similar props and style of movies.

See more at https://www.millcreekent.com
Facebook
Twitter
Disclaimer: I received one or more of the products or services mentioned above for free in the hope that I would mention it on my blog. Regardless, I only recommend products or services I use personally and believe will be good for my readers. I am disclosing this in accordance with the Federal Trade Commission's 16 CFR, Part 255: "Guides Concerning the Use of Endorsements and Testimonials in Advertising.

Playmobil Ever Dreamerz Series 2 Surprise Box retail for $5.99 u npack, discover and collect! The 12 extraordinary characters from the can... 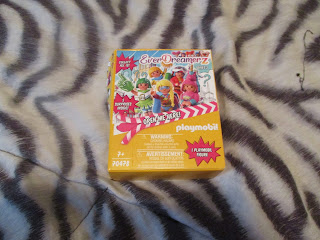