Sheena Queen of the Jungle Collection

Out now on DVD from Mill Creek Entertainment is Sheena Queen of the Jungle Collection which includes the movie and TV series with an MSRP of $14.98. The Queen of the Jungle...Times Three! She is an ancient prophecy fulfilled. A golden God child possessed with a mystic gift.  A gift which grew in strength as she grew in years. A gift about to be put to the ultimate test.  Innocence against evil.
Part Animal.  Part Legend.  All Woman.

Sheena: Queen of the Jungle
Stars Tanya Roberts, Ted Wass, Donovan Scott.
Journey to deepest, darkest Africa for thrills, romance, and high adventure!   Orphaned in Zambouli territory, the blonde Sheena (Tanya Roberts) is raised by a noble tribe and taught to communicate telepathically with all creatures. She gets a firsthand lesson in love from Vic Casey (Ted Wass), a wisecracking TV journalist. In Africa for a story on a royal football player, Prince Otwani (Trevor Thomas), Vic soon finds himself embroiled in a web of political intrigue. And when the evil prince decides to invade the Zamboulis' land, it is up to Sheena to rescue Vic and save her idyllic kingdom! 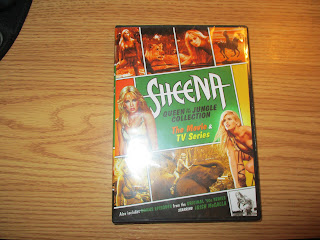 Sheena – TV Series
Stars Gena Lee Nolin,
Orphaned at a young age by tragedy in the jungle, Sheena was raised by the last living member of a native tribe, the Kaya, who possessed the mystical power to "shape shift" into the forms of wild animals by feeling the spirit of their soul. It is a gift shared by Sheena, who can turn herself into an animal and travel through the jungle unrecognized while battling outside forces that invade La Mistas, her primal home.
It also includes bonus episodes from the original 1950s series starring Irish McCalla.
My Opinion: I remember my brothers and sisters used to watch this one it was on TV and I really enjoyed it as well as Sheena used to ride all kinds of different animals and have them around which is a nice touch. And Sheena went on many adventures as well.
To see more visit http://www.millcreekent.com/sheena-queen-of-the-jungle-collection.html
Facebook: https://www.facebook.com/MillCreekEnt
Twitter: https://twitter.com/millcreekent 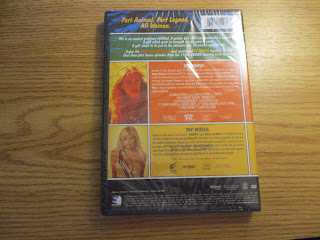 Disclaimer: I received one or more of the products or services mentioned above for free in the hope that I would mention it on my blog. Regardless, I only recommend products or services I use personally and believe will be good for my readers. I am disclosing this in accordance with the Federal Trade Commission's 16 CFR, Part 255: "Guides Concerning the Use of Endorsements and Testimonials in Advertising.
at August 13, 2017

Ogden’s Own , the largest independent distillery in the state of Utah, has officially doubled the size of its recently released canned coc...