The Alienist: Angel of Darkness A Limited Series

It is June 1897. A year has passed since Dr. Laszlo Kreizler, a pioneer in forensic psychiatry, tracked down the brutal serial killer John Beecham with the help of a team of trusted companions and a revolutionary application of the principles of his discipline. 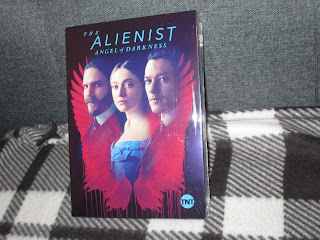 Kreizler and his friend's high-living crime reporter John Schuyler Moore; indomitable, derringer-toting Sara Howard; the brilliant (and bickering) detective brothers Marcus and Lucius Isaacson; powerful and compassionate Cyrus Montrose; and Stevie Taggert, the boy Kreizler saved from a life of street crime have returned to their former pursuits and tried to forget the horror of the Beecham case. But when the distraught wife of a Spanish diplomat begs Sara's aid, the team reunites to help find her kidnapped infant daughter. It is a case fraught with danger since Spain and the United States are on the verge of war.

Inside the Alienist: Building the World

Walking the Set 2.0 with Luke Evans

Belly of the Beast

My Opinion; I really like this series as it has great storylines and can be suspenseful as well as wondering who done it. 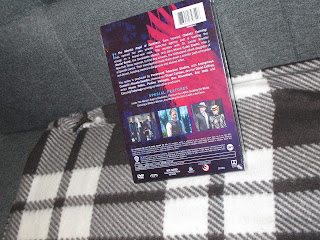