“Warner Bros. Home Entertainment provided me with a free copy of the Blu Ray I reviewed in this Blog Post. The opinions I share are my own.”

Flying into homes on Blu-ray and DVD on March 8, 2022, from Warner Brother’s Home Entertainment is DC SUPERGIRL: The Sixth and Final Season with an MSRP of $24.98 DVD and $29.98 Blu-ray, it is already out of digital. 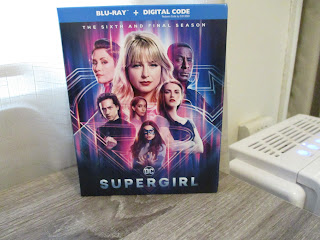 After defeating Leviathan, Supergirl learns that Lex Luthor used Obsidian to rewire the human mind. Now half the world has pledged undying allegiance to the evil industrialist, while the other half faces certain death. There’s a way to defeat him, but victory will banish Kara to the Phantom Zone. There she will encounter one of her fiercest rivals, the ruthless imp Nyxly, who is on a quest to find seven magical totems that will set he on a path to world domination. The danger intensifies when she teams up with Lex. Can the Superfriends stop them? Prepare for a season of unexpected twists as the final 20 episodes reveal the Girl of Steel’s fate.

My Opinion: Supergirl was, is, and always will be just that. Special, Kind, warm, complicated, messy, silly, bright, hopeful. Thankfully, the series finale was no different. I thoroughly enjoyed this season and am so sad it is the final one as it had what you expect in all superhero stories action, good vs evil, and reminds you to hope, to be their own heroes, and to remain true to their authentic selves. The series finale isn't action-packed, but it ends on the exact note it was always meant to. It leans into every aspect that shows detractors ever called it weak for, and it's all the stronger because of it. 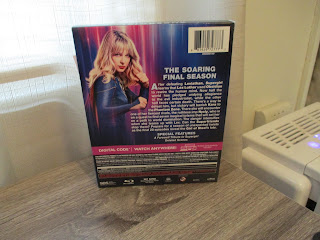