Anne Boleyn, A King’s Obsession by Alison Weir part of the Six Tudor Queens Series from Random House publishing and available on May 16, 2017. Born into a noble English family, Anne is barely a teenager when she is sent from her family’s Hever Castle to serve at the Royal Court of the Netherlands. This strategic move on the part of her opportunistic father also becomes a chance for the girl to grow and discover herself. There, and later in France, Anne thrives, preferring to absorb the works of progressive writers rather than participate in courtly flirtations. 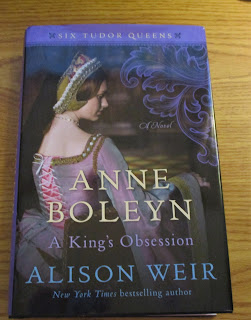 She also begins to understand the inequalities and indignities suffered by her gender. Anne isn’t completely inured to the longings of the heart, by her powerful family has ambitious plans for her future that will override any wishes of her own. When the king of England himself, Henry VIII, asks Anne to be his mistress, she spurns his advances reminding him that he is a married man who has already conducted an affair with her sister, Mary. Anne’s rejection only intensifies Henry’s pursuit, but in the absence of a male heir and given an aging Queen Katherine the opportunity to elevate and protect the Boleyn family, and to exact vengeance on her envious detractors, is too tempting for Anne to resist, even as it proves to be her undoing.
My Opinion: this is also a great read to learn about history and how accurately the author has written a great novel to keep you interested and page turning I really enjoyed the book.
To see more visit http://www.penguinrandomhouse.com/books/530174/anne-boleyn-a-kings-obsession-by-alison-weir/9781101966518
Facebook: https://www.facebook.com/PenguinRandomHouse
Instagram: https://www.instagram.com/penguinrandomhouse
Twitter: https://twitter.com/penguinrandom
Disclaimer: I received one or more of the products or services mentioned above for free in the hope that I would mention it on my blog. Regardless, I only recommend products or services I use personally and believe will be good for my readers. I am disclosing this in accordance with the Federal Trade Commission's 16 CFR, Part 255: "Guides Concerning the Use of Endorsements and Testimonials in Advertising.

Back to School is upon us rather you are going 2 or 3 days a week or homeschooled you still need a backpack to carry all the work you will... 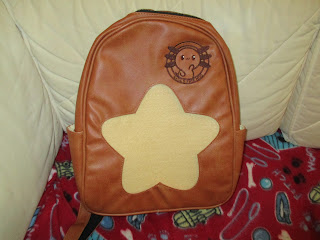