Coming to DVD from Nickelodeon/ Paramount Home Entertainment on March 23, 2021, is Paw Patrol: Dino Rescue Roar to the Rescue with an MSRP of $10.99. This DVD features the remaining episodes of the highly popular Dino Rescue story arc from the hit preschool series PAW Patrol, airing on Nickelodeon and produced by Spin Master Entertainment, as well as six Dino Rescue original shorts. 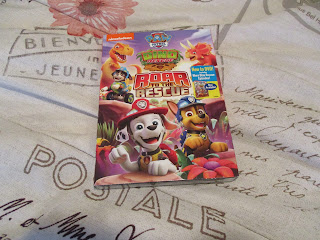 As the PAW Patrol reunite with their prehistoric pals, they’ll help a runaway Brachiosaurus, perform some dino-dentistry, stop a pie-clone, and more.

The PAW Patrol returns to the Dino Wilds for roaring rescues Mayor Humdinger is stuck on a runaway Brachiosaurus and a T-Rex is chomping everything in sight. Then, a Turbot family sightseeing expedition turns into a wild ride and more!

Dino Rescue: Pups Save a Hum-Dino

Pups Save a Waiter Bot

Pups Save a Soapbox Derby

Pups Save a Tromping Triceratops

Pups Save a Baby Stegosaurus

Pups Save a Dino Christmas

Pups Save a Pterodactyl Egg

Pups Save the Baby Raptors

Pups Save a Tyrannosaurus’ Birthday 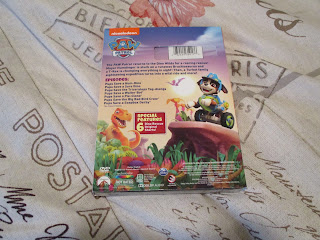