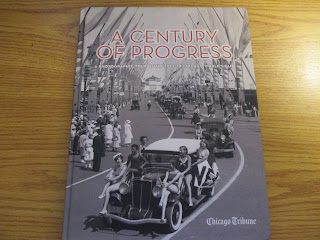 A Century of Progress A Photographic Tour of The 1933-1934 Chicago’s World FairBy Chicago Tribune Staff  and Forward By Ron Grossman. Drawn from the Chicago Tribune’s vast archives, ACentury of Progress is a collection of rareand in many cases, previously unseen photographs that document the Century of Progress International Exposition, the world’s fair held in Chicago from 1933 to 1934. Conceived during the Roaring Twenties and born during the Great Depression, this sprawling event celebrated the city’s centennial with industrial and scientific displays, lascivious entertainment, and a touch of unadulterated bad taste.
During this time, more than 48 million visitors flocked to Chicago’s lakefront (the present site of McCormick Place and Northerly Island) to experience what turned out to be one of the most expansive displays of technological advancement and cultural diversity that took place in the 20th century. 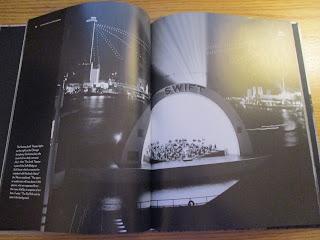 Featuring a fascinating introduction by Tribune reporter and historian Ron Grossman, this book documents the numerous facets of the exposition, from whimsical attractions, architectural triumphs, and scientific achievements to the occasionally insensitive and racist exhibits of differing cultures.At a time when the entire U.S. population numbered just over 125 million people, this world’s fair left an indelible mark on the collective consciousness of American culture, and ACentury of Progress captures that feeling through its historic photographs. These images are invaluable witness to a civic milestone that forever after was honored by the fourth star on Chicago’s flag.
My Opinion: I found this book had some very interesting pictures as it very old and a time. I was not very interesting to learn about our history through pictures and just say oh wow I can’t believe they used to wear those close or how simple things were back then. This is definitely a book that future generations can learn from and those that were alive during that time. And lived in Chicago to tell the grandkids about as well.
To see more visit https://www.agatepublishing.com/titles/a-century-of-progress
Twitter: https://twitter.com/AgatePublishing
Instagram: https://www.instagram.com/agatepublishing
Facebook: https://www.facebook.com/AgatePublishing 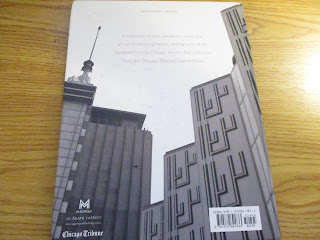 Disclaimer: I received one or more of the products or services mentioned above for free in the hope that I would mention it on my blog. Regardless, I only recommend products or services I use personally and believe will be good for my readers. I am disclosing this in accordance with the Federal Trade Commission's 16 CFR, Part 255: "Guides Concerning the Use of Endorsements and Testimonials in Advertising.
at December 08, 2017

Email ThisBlogThis!Share to TwitterShare to FacebookShare to Pinterest
Labels: A Century of Progress A Photographic Tour of The 1933-1934 Chicago’s World FairBy Chicago Tribune Staff and Forward By Ron Grossman, Holiday Gift Guide 2017

Valentine’s Day is February 14, 2021, and I have a great gift from SendAFriend it is a Cowboy Cooper Bundle which included Cowboy Cooper s... 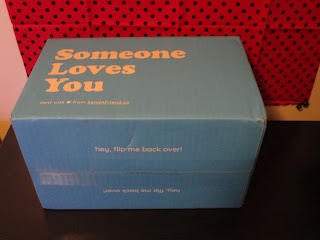