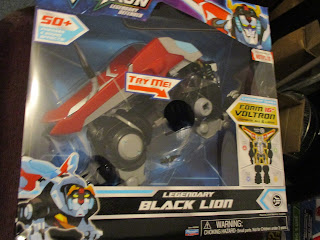 For millennia, the evil Galra Empire has plagued the universe by conquering planets and enslaving other species. The only known threat to the Empire's power and plans was Voltron, a 100-meters tall warrior composed of five robotic lions, whose pilots were known as the Paladins. When the war reached a critical point, Voltron was disassembled and his lions sent to different secret locations to keep them safe from Galra’s emperor.Now, five unsuspecting teenagers from Earth have discovered the Blue Lion, and have been transported into the middle of this intergalactic war. Only by mastering their skills and forging themselves into a team can they unite their lions the Blue, Red, Black, Green, and Yellow and once again form the legendary defender, Voltron. 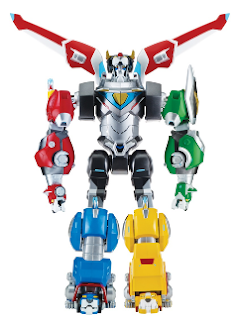 Explore the sections below to learn more about Playmates Toys exciting new line of toys from the Voltron universe! I was sent Voltron Legendary Defender Legendary Black Lion which has lights, effects from the show and over 50 sounds combining all 5 Legendary Lions that form from head to body a 16” Voltron.  It also includes Speeder the pilot Shiro.
My Opinion: This is for ages 4 and up but perfect for any kids or anyone who grew up in the 1980’s as they watched this on TV during that time period and what a remembrance of their childhood. This is a great Christmas present and made of strong materials to have hours of fun
To see more visit https://playmatestoys.com/brands/voltron/toys/action-figures/basic-action-figures
Facebook: https://www.facebook.com/voltrontoys
Twitter: https://twitter.com/PlaymatesToys
Instagram: https://www.instagram.com/tmntplay 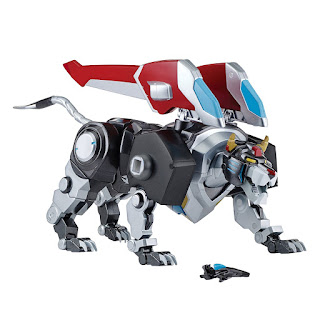 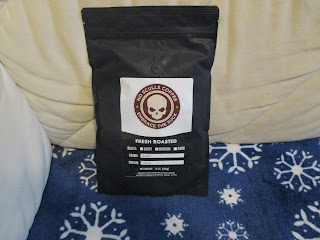