The Right Kind of Fool By Sarah Loudin Thomas

The Right Kind of Fool By Sarah Loudin Thomas from Bethany House Publishing. 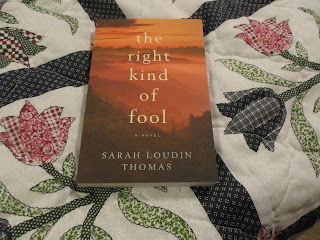 Thirteen-year-old Loyal Raines is supposed to stay close to home on a hot summer day in 1934. When he slips away for a quick swim in the river and finds a dead body, he wishes he'd obeyed his mother. Desperate for help, he runs to the mountain cabin of his mostly absentee father, frantically trying to communicate the news with his hands. Driven away by fear and guilt over his son's deafness, Creed has played a distant part in Loyal's life and language.

But when he's pulled into the murder investigation, he discovers that what sets his son apart isn't his inability to hear but rather his courage. As the impact of the murder ripples through their West Virginia town, both will learn what it took to kill a man and what it takes to become one. 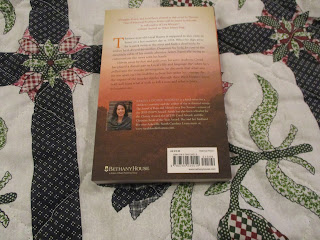 My Opinion: Right from the get-go it totally tugged at my heartstrings. Well, with this book, there are so many characters to absolute fall in love with. There's 13-year-old Loyal, who is bright and loving and wants to fit in despite being deaf--and who also wants to both make his parents proud and do whatever he can to help them. There's Creed, Loyal's father, who blames himself for Loyal's deafness and has retreated from his family, living and working on a nearby mountain and only visiting his family periodically. This is a book you will not be able to put down as it is such a great story!